Home / Board of Directors

Making History Project Board of Directors 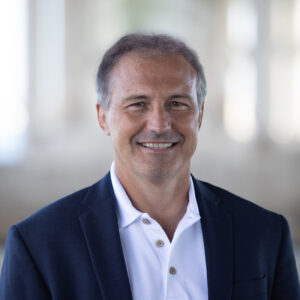 Patrick Russell is a Florida Supreme Court Certified Civil Circuit mediator with Salmon & Dulberg Dispute Resolution. Patrick began practicing law in 1994 and before becoming a full-time mediator, he was a trial lawyer and also served as an ethics trial lawyer for The Florida Bar. Patrick is a graduate of Marquette University with a B.A. in Political Science and minor in History and received his law degree from the University of Miami School of Law.

As an oral historian for the project, Patrick preserves the stories of Veterans, their legacy, and the effects of combat trauma through video oral history interviews. A copy of the digital oral history interview is provided to the Veteran as a cherished keepsake for the Veteran’s family while another copy is preserved for future generations with the United States Library of Congress and the University of Florida Samuel Proctor Oral History Program. Additional public outcomes for this project include full access to all oral history interviews on this website as they become available; audio podcasts for each interview; academic, community and conference presentations to develop awareness for combat trauma that affects Veterans; as well as future publications and/or documentaries concerning the results of this project and combat trauma. 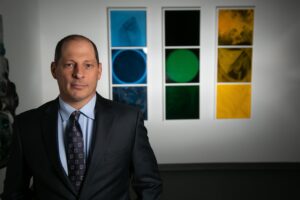 Andrae Marak is the Dean of the College of Arts and Sciences & Graduate Studies and a Professor of History and Political Science at Governors State University. He has taught classes on World History, Global Studies, and Latin American, Caribbean, and Latina/o Studies. He is the author of four books and over 20 articles/chapters as well as the co-PI of two National Endowment for the Humanities Dialogues on the Experience of War grants that trained military veterans how to read poetry, literature, and primary sources and engage the public on the meanings and importance of the humanities. He has worked to promote increased civic engagement and a more global approach to understanding the world through both the curriculum, student programming, and external outreach at California University of Pennsylvania – where he served stints as Chair of the History and Political Science Department, Director of Women’s Studies, and Director of the Honors Program, at Indian University – Purdue University Columbus, where he was the head of Liberal Arts, and at Governors State University, where he focused on coordinating community events with local libraries, community colleges, and other community groups. At each campus, he has worked with veterans’ groups and promoted oral history. He is currently working on a history of the Comcáac Indians. 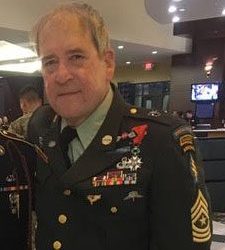 Since leaving the service, Gene has been 100% service-related disabled, and as a result, is a passionate supporter of disabled Veterans. Currently, Gene serves as a Volunteer Service Officer for DAV Chapter 57 in North Carolina. Gene is passionate about the legacy and sacrifices of our World War II Veterans and has visited Normandy, France each June since 1995. For his efforts of escorting World War II Veterans in Normandy, Gene was awarded the French Legion of Honor in 2014. 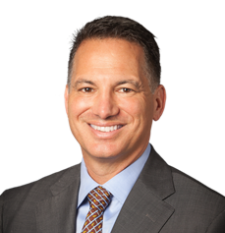 Mark S. Meland, is a founding shareholder of the law firm Meland Budwick. Mark is an accomplished real estate lawyer with a diverse client base representing financial institutions, private investors, lenders, real estate developers. He is also an accomplished corporate and transactional lawyer providing general corporate services to the firm’s corporate clients and serves as a court-appointed Receiver for numerous entities and is an approved Chapter 11 Bankruptcy Trustee for numerous high-profile companies. Mr. Meland’s practice further entails examination of title and general corporate representation, including the purchase and sale of businesses, formation of corporations, limited liability companies and partnerships, drafting of partnership, operating and shareholder agreements.

Dedicated to supporting the legal profession and the ongoing practice of law, Mark serves on many legal organizations. Throughout his career, he has been distinguished with many prestigious legal and civic awards and accolades, including South Florida Legal Guide Top Lawyer in South Florida, Florida Trend’s Legal Elite, South Florida Super Lawyers and South Florida Business Journal Heavy Hitters in Real Estate, and he has been widely published and quoted in national and local news media. Mark received his bachelor’s degree in 1983 and his law degree in 1988 from the University of Florida. He also spent a semester studying at the University of Paris. While attending UF, he served as the Senior Executive Editor of The University of Florida Law Review and taught legal research and writing as a fellowship instructor.

As part of his commitment to giving back, Mark is actively involved in many charitable and nonprofit organizations, including, serving on the board of trustees at Ransom Everglades School. He also is a Young President at Mount Sinai Hospital, Founder at University of Miami, Guardian Angel at Holtz Children’s Hospital, and an active member of the American Israel Public Affairs Committee. Mark also serves as a member of the Miami Beach Planning Board and as a Special Master for Miami-Dade County. In addition to his achievements in the legal and community spheres, Mark is known for his countless stage appearances around town as bass guitarist and vocalist for the rock band, “The Urge.” Mark moved to Miami Beach in 1971. He and his wife, Jill (Hartley) Meland graduated from Miami Beach Senior High School and continue residing in Miami Beach. Mark and Jill have three children, Ben, 23, Hallie, 21, and Libby, 17.