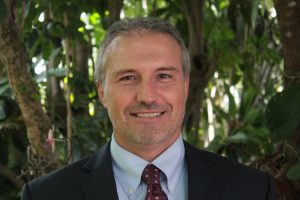 I am an oral historian, independent scholar for World War II, and a lawyer based in Miami, Florida. In 2014, I founded the Making History Project, a non-profit organization dedicated to preserving Veteran stories for future generations. The preservation of Veteran stories is accomplished through oral history interviews. An oral history interview covers the Veteran’s life, service in the military, and most notable memories.  Our oral history interviews are conducted with high definition digital audio and video recording equipment. After an interview is finished, the Veteran is immediately provided a master and unedited copy of the interview on a DVD.  Afterward, we transcribe, index, and make the interviews available online for research and viewing, and the interviews themselves are archived with world recognized archives such as the U.S. Library of Congress and the Veterans History Project at the University of Florida Samuel Proctor Oral History Program.

My grandfather was a World War II Veteran and I consider this to be very important work to preserve the memories and stories of Veterans for future generations.  The current emphasis for the Making History Project is the World War II Veteran. Given the advanced age of the “Greatest Generation”, it is our highest priority to meet and interview as many World War II Veterans as possible. As the project proceeds, the goal is to expand the interviews to Korea, Vietnam, Iraq, and Afghanistan.  If you are a Veteran, or know of a Veteran, who may be interested in preserving his story and memories for future generations, please be sure to contact me. 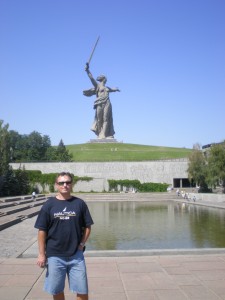 In furtherance of the project, I often travel to battlefields, memorials, museums, Veteran reunions and academic conferences.

Veteran reunions, such as the Friends and Family of the 508 P.I.R. or the Veterans of the Battle of the Bulge, are fantastic places to meet new Veterans, new friends, and to schedule interviews in the future.

Likewise, academic conferences like those for the Oral History Association, are excellent opportunities for presentations and share the results of the project with other historians and museum personnel.