Preserving History: The Veterans History Project via the US Library of Congress

The Veterans History Project honors the lives and service of all American veterans –not only the warriors but all who have served their country, “From the motor pool to the mess hall,” as director Robert Patrick puts it. VHP collects, preserves and makes available the stories and memorabilia of American veterans so that future generations may better understand the realities of military life and of war. To date, VHP has collected items from over 98,000 veterans, about 15% of which is available online.

In Celebration of World Day for Audiovisual Heritage, I want to offer you a sneak peek at a new tool we have developed and are readying for release.   This tool will enable a user friendly way for non-archivists or non-digital preservation specialists to safely transfer born digital data to the archive utilizing stringent digital preservation standards…for free.  First, a little context. 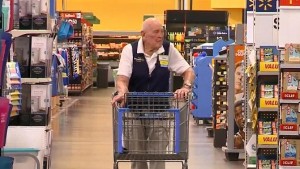 A 103 year old World War Two US veteran, who served in the US Air Force, is still working a full time job in Winfieldtown, Kansas.

This case study is concerned with the use of descriptive metadata for online oral history collections created in a content management system, or CMS. It will highlight the Baylor University Institute for Oral History (BUIOH) and their history in uploading and describing their digital collection of transcripts and audio files in Baylor University’s CMS, CONTENTdm. Specific to this case study, the issue of managing a digital archive and conforming to metadata standards set university-wide for digital collections will be addressed. 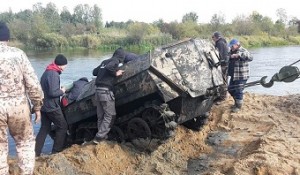 Look at this amazing find that has just been recovered from the river Pilica in central Poland. This looks like it could be driven away. The level of preservation is unbelievable. Scroll down to page three for the video and also keep your eye out for one of the front tires – it will blow you away, it looks brand new. A big thank you to Tomek Basarabowicz of Poland.

A sniper is a skilled marksman whose job is to shoot someone from afar without hitting anyone (or anything) else. But it’s not just about pointing, shooting, and hitting. Snipers must also take into consideration their weapon, ammunition, wind velocity and direction, air density, and even the rotation of the earth – the mastery of which allows them to perform deadly miracles. 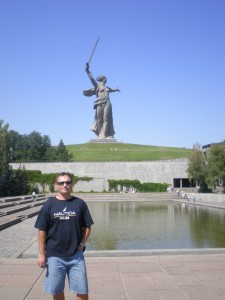 I am dedicated to interviewing and preserving as many stories of Veterans as possible for the Making History Project.

Decisions of History: Hiroshima and Nagasaki: 5 reasons why President Truman made the right decision

The bombing of Hiroshima and Nagasaki was apocalyptically awful. 70 years ago today, an estimated 90,000 people were immediately killed when Little Boy detonated 1,950ft above Hiroshima – 50,000 more would die by the end of the year. Two days later, Nagasaki was struck by ‘Fat Man’, killing approximately 80,000 people. It was, as the Allies threatened during the Potsdam Conference, ‘prompt and utter destruction’.

Seeing History: A visit to the US National Navy Seal Museum

On the way back to Miami from Daytona this past weekend, I had the pleasure to visit the US National Navy Seal Museum in Fort Pierce, Florida.  The Navy Seal Museum is a hidden gem and should not be missed.  Centrally located on the east coast, both the Florida Turnpike and I-95 have exits that lead to historic Fort Pierce.  The museum grounds are located on ocean front property immediately in front of the public beach.