Today’s post is in tribute to the June 6, 1944, D-Day invasion by the Allies during World War II that began the liberation of Europe. This represented the single largest amphibious invasion in the history of warfare. The task was daunting not only in terms of the operational coordination required but also in the fact that it was taking place on the heavily defended Atlantic Wall.

The invasion from the sea was preceded first by paratroopers that were dropped in the darkness behind enemy lines to secure important bridges, chokeholds, and towns to facilitate the push inland from those arriving on the beaches. Despite carefully laid plans, many of the paratroopers missed their drop zones and were scattered throughout the French countryside.

Many of the World War II Veterans that I have interviewed were paratroopers, infantrymen, medics, engineers, or were part of the Coast Guard that participated on D-Day. A sample of some of those oral history interviews can be found here. These interviews not only preserve an important part of history but also provide the Veteran and their family with an everlasting memory.

Let us not forget their sacrifice. Those that gave all, as well as those that were wounded and remain scarred to this day. Remember freedom is not free. We are free because of the brave and the blood that was paid. 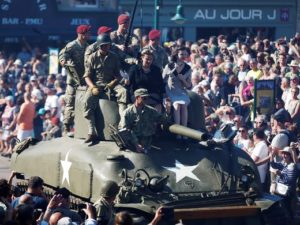 Normandy Where it All Began

It is hard to imagine but it has been eight years since my first trip to Normandy France for D-Day. Today represents the 74th anniversary of the D-Day landings in Normandy.

All told, I have been in Normandy three times and it never gets old. To be in the presence of greatness and at the location of such a history-altering event is truly humbling.

It was in this electric atmosphere that I came up with the idea to preserve soldier’s tales through oral history interviews. I only hope that I am doing a good enough job in capturing these stories so as to preserve this lightning in the bottle for future generations.

A Time for Reflection

While there is plenty of pomp and circumstance today, let us not forget the true reason for why we celebrate. Many brave men, sacrificed their youth, blood, limb, mind or their life altogether for the liberation of France. So while beer and wine flow liberally today in Normandy, there should always be at least a tiny moment dedicated towards the somber remembrance for those that did not return. Many a family is missing a father, grandfather, brother, uncle, or husband today.

Never forget their ultimate sacrifice. For as all soldiers know, only the dead know the end of war. May they now rest in peace. 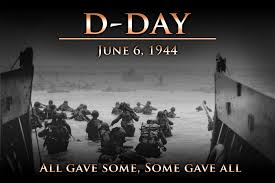 We are seeking, in conjunction with a local French organization, World War II Veterans who served in Normandy who would like to return to Normandy for the annual D-Day commemorations during the first week of June.

In order to qualify, the Veteran must be able to provide proof of service in Normandy during World War II, which normally can be achieved with a copy of the discharge papers.

The French organization is providing free of charge all lodging, meals, and transportation while in Normandy. Additionally, Veterans will be provided an escort to get to events and well-deserved places of honor at those events.

Financial assistance is available to cover transportation to France on a limited basis for those in need.

This is a once in a lifetime opportunity. Time is short and places are filling up. If there is any interest please contact Patrick Russell ASAP by email at patrick@makehistoryproject.com