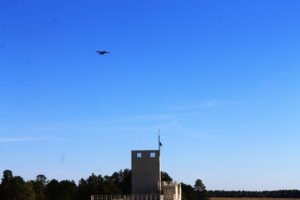 On October 20, 2017, the 508 P.I.R. of the 82nd Airborne performed a commemorative jump for the Family & Friends of the 508 P.I.R on the 75th Anniversary of the Airborne. Present and observing were paratroopers from the conflicts of WWII, Korea, Vietnam, and Panama.

I was also present and fortunate enough to win a silent auction for the signed jump flag from that day. All paratroopers that jumped signed the flag.

Below is a picture of the signed flag as held by Lt. Col. Browning and CSM Donaldson right before they jumped. 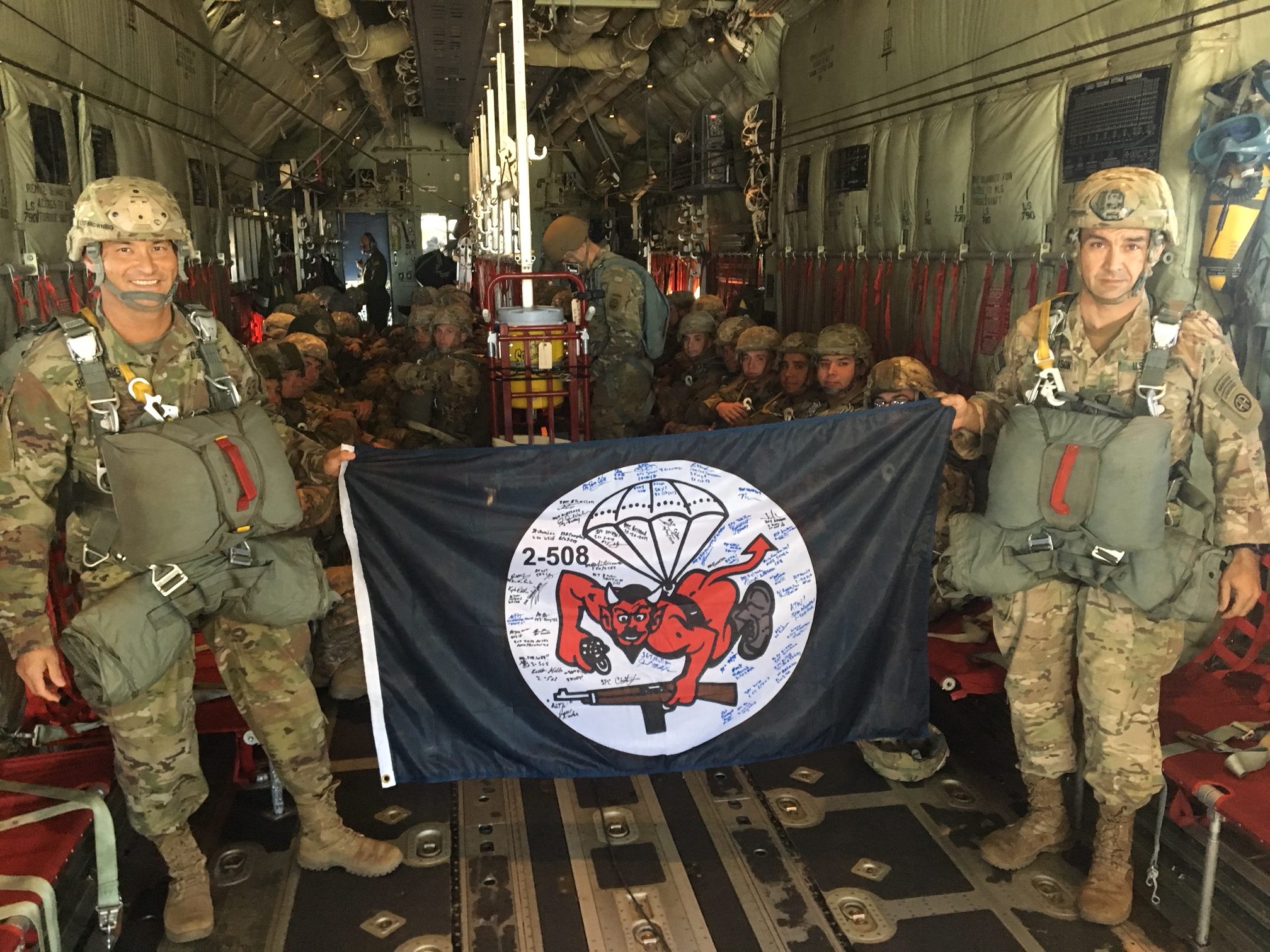