On September 8, 2015, the U.S. Department of Health and Human Services issued a set of recommended revisions to the regulations concerning human subject research. Specifically, it recommended that oral history be explicitly excluded from review by institutional review boards, or IRBs, and alluded to the fact that oral history already has its own code of ethics, including the principle of informed consent. 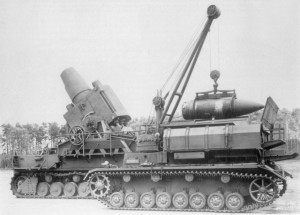 In World War 2 the Germans liked to build them big and the the 60cm Siege Mortar Karl was no exception, it could fire shells of 60cm in diameter that weight 2170kg. It could fire its lighter shells at targets 10km away!

The Polish military have now secured the wooded area where the mystery train is supposed to be. Military engineers say the area needs to be cleared before any search can be conducted. The area might contain in booby traps or volatile weapon which can endanger the participants in the search.

The receding water levels of the Vistula River in Poland this summer have revealed remnants of Jewish tombstones as well as a Soviet fighter plane from World War II with remains of its crew inside, the Associated Press reported.

Thank you for reading (and sharing). Stay tuned for next week’s weekly review for U.S. Veterans. 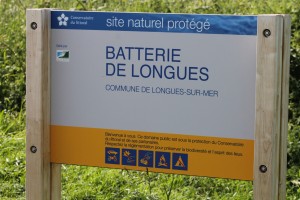 Weapons of History: See the MG-42 in action

The MG 42 has a proven record of reliability, durability, simplicity, and ease of operation, but is most notable for its ability to produce a high volume of suppressive fire. The MG 42 had one of the highest average cyclic rate of any single-barreled man-portable machine gun: between 1,200 and 1,500 rpm, which results in a distinctive muzzle report.

The Batterie Des Longues Sur Mer is a German coastal defense sector comprised of bunkers and artillery installations.  These fortifications were part of the Atlantic Wall on the Normandy coast just east of Omaha Beach. Included are photos of various defensive bunkers that housed artillery as well as naval observation bunkers.

In the past ten years, the M1 Garand, regardless of condition, has become a very hot collectors’ item and sound financial investment. The popularity of the M1 Garand continues to grow as hundreds of new Garand “Fun” Matches are being held all across the USA each year.

After just over 70 years we look back at 11 iconic locations of the Second World War as they were then and as they are now. 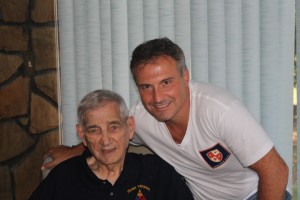 I had the honor and pleasure this past weekend to conduct an oral history interview of Frank Vegnone, a World War II Veteran from the U.S. Army, 10th Armored Division, 61st Armored Infantry Battalion, Company A.  The interview took place in Webster, Massachusetts, the hometown for Frank Vegnone.

He’s 91-years-old and was last in a Spitfire when it came down behind enemy lines during the Second World War. Jimmy Taylor flew with 16 Squadron as a strategic reconnissance pilot but in 1944 he was captured by the Gestapo. 69-years later and he’s been at Goodwood aerodrome in West Sussex to fly a Spitfire once again.

A 103 year old World War Two US veteran, who served in the US Air Force, is still working a full time job in Winfield town, Kansas.

Loren Wade held his 103 birthday party this week with friends and family. Loren started working for Wal-Mart back in the 1980s and enjoys staying busy so has continued working. Loren did try to retire in the 1960s but he found that he was bored and decided to get back into the workplace.

he gravestone of a Nazi tank commander has been stolen from a war cemetery in France. SS commander Michael Wittmann was buried in the La Cambe German war cemetery near Bayeux in northern France.

Local police are investigating the theft and believe that it could have been taken by a new-Nazi group.

British academic and historian, Robert Conquest, who uncovered the horrors in Eastern Europe and Soviet Union in the run up to and during World War Two has died aged 98.

Thank you for reading (and sharing). Stay tuned for next week’s weekly review for U.S. Veterans.