The Making History Project has uploaded photos from its 2014 and 2010 Normandy France trips for Utah Beach. These photos were taken during the 66th and 70th Anniversary for D-Day. 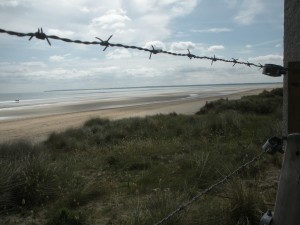 Utah Beach was one of two landing beaches for the US during the D-Day invasion on June 6, 1944.  These beaches are located on the Normandy coast of France.  The entire coast also known as the Atlantic Wall, was heavily fortified with bunkers, machine gun emplacements and artillery.  The German strategy for fortress Europe was to stop the Allies at the sea and to that end, German General Erwin Rommel personally oversaw many of the plans and fortifications which were later overrun by the Allied forces.