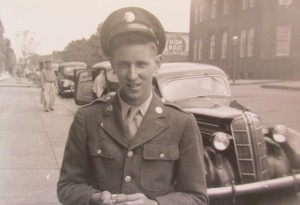 A week or 10 days after boarding a victory ship in New York Harbor Pfc. Lou Roth of Baltimore, Md. sailed into Le Havre, France together with thousands of other G.I.s. It was August 1945, a few months after the end of World War II in Europe, and the 19-year-old was part of the Allied occupation force.

The story of the battles in the Pacific between the United States and Imperial Japan during World War II, as told from the perspective of the Japanese who fought it.

Robert Borboro of Cross Creek RV Park north of Acadia served the better part of two years in Korea during the war. It’s been 60 years since he was a corporal in the 97th Engineering Battalion attached to the 1st Infantry Division based at Young Dong Po and his memory is not what it once was.